Penn Station's origins can be traced back to Jeff Osterfeld's first venture in 1983 as owner/operator of "Jeffrey's Delicatessen" in the Dayton Mall in Dayton, Ohio. It was here that the roots of the "ownership mentality" began to form for the founder and Chief Executive Officer of Penn Station, Inc. Jeff saw first-hand the impact his presence in the store had on product quality, customer service and sales.

Jeff took his innovative ideas on quick service dining to downtown Cincinnati where he opened his first Penn Station® Restaurant in 1985. The original menu had four sandwiches and featured the grilled cheesesteak, fresh-cut french fries and hand-squeezed lemonade, with the order prepared directly in front of the customers using the freshest ingredients available. In 1988, Jeff's vision for an upscale, quick -service dining experience revolving around "fresh ingredients and display cooking" was formulated into a franchising concept. This began the evolution into what is now an extraordinarily successful concept that has grown to over 310 restaurants throughout 15 states. 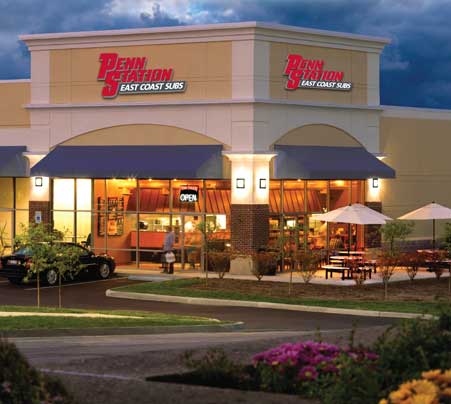